What do girls really think?  About self image?  About careers?  We probably all know a few 7 – 21 year old girls and have an inkling about what they think – I’ve got a 13 year old daughter myself – but that doesn’t stop a new survey by Girlguiding making fascinating reading. 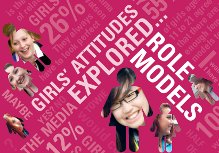 ‘Girls’ Attitudes Explored – Role Models’ is the latest in a series of annual reports from GirlGuiding in partnership with ChildWise.  The statistics might not be jaw dropping eg girls’ top role model, getting 29%, is Mum.  However, the deeper investigation of attitudes is useful.  In the section on role models for careers, the conclusion is that:

“As they get older, girls become aware that there is a huge variety of careers, but they know little about them and are unsure how to find out more.”

“Those finding their own work experience placements, building on their interests, tend to get more out of them, but it is arguable that those with no ideas about what they want to do are the girls who most need good work experience.”

And this is at a time when schools no longer have an obligation to secure work experience, and anecdotal evidence says that most girls stay within the area of family connections, and are far more likely to choose ‘safe’ gender typical opportunities.

My current voluntary work as a STEM Ambassador with the John Warner School in Hertfordshire is focussing on the after school robotics club.  Is it enough to support the 3 girls who are preparing to take part in a First Lego League tournament, or should I be looking to those who haven’t chosen to come along to robotics club?

Athene Donald’s recent blog on role models made me think.  She wrote about being the only scientist at the launch of the ‘Inspiring Women’ campaign.  If, as role models, we only speak to girls who are already interested in science, we are missing out on inspiring the undecided or the ‘not for me’ group.  There is some excellent research from the ‘ASPIRES’ team at Kings College, London about these different groups. 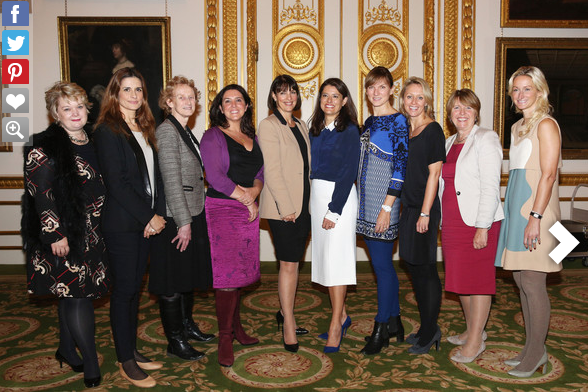 Athene Donald (3rd from Left) with other Role Models at the Inspiring Women Launch.

In the past, often just having a STEM Ambassador or role model coming into contact with girls, was felt to be the most important thing.  I sense a shift towards doing things smarter – working out what kinds of contact and interventions are beneficial in different situations.  This doesn’t mean that how we’ve done things before is wrong, just that we are learning from experience, which is how it should be.

A good place to start for inspiration is ‘A Quick Guide for STEM Work Experience Placements’ produced during my time as National STEM Careers Coordinator, but still very relevant for students, parents, employers and STEM Ambassadors, to help make experiences of work more accessible and worthwhile.

The role of ‘Mum’ is given another perspective when it comes to Girlguiding’s investigation of teenage pressures.  64% of teenage girls cite parental nagging as a major cause of stress.

“Parents, a source of inspiration and support for the majority of younger girls (primary school age), are regarded as a cause of frustration among this critical age group – ‘they don’t trust us, they shout at us, tell us we can’t do things’.”

I am currently dipping into “How to Talk to Teens so they will Listen, and Listen so Teens will Talk.” I don’t know that my two teenagers will say it’s made that much difference.  Indeed, my son said ‘I know when you’re trying to do what it says in that book, Mum – it doesn’t sound like you and you go all patronising’.  Oh dear, I’m sure that’s not right.  But it has made me more determined to listen rather than just express my own views.

One final, but very small, gripe about the GirlGuiding report.  After reading the review of sporting role models, I came away worrying because my daughter is not currently in any sports teams now the girls football team is not running at her school any more.  But if we are talking about exercise, she does walk a mile and a half to school and back each day, and she is in the school dance troupe.  Does it matter so much that she doesn’t do competitive sport?