My father emailed me on Monday to say he’d just seen me on TV.  “Strange,” I thought, “I haven’t made any new programmes recently.”  It turns out it was not new at all – anything but – instead it was a fascinating insight into just how much the world has changed in 20 years. 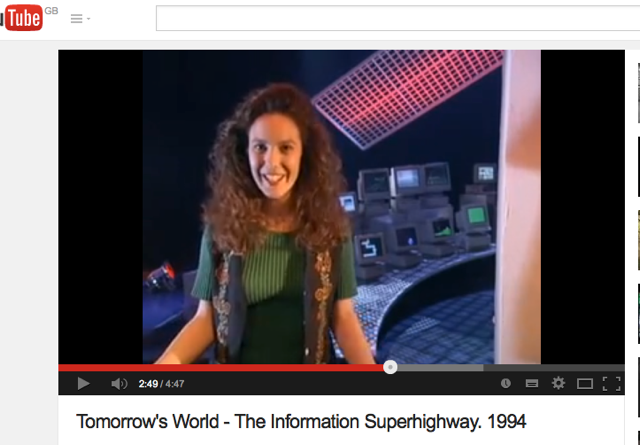 Business Boomers on BBC2 was all about Amazon on 21 April and is available on iPlayer until 28 April.  About 9 minutes in, there is a clip from Tomorrow’s World in 1994 with a young looking Kate saying ‘Imagine a world where every word ever written, every picture ever painted and every film ever shot could be viewed instantly in your home via an information superhighway – a high capacity digital communications network.”  It almost rolls off the tongue! And she goes on to say it’s all about computers communicating, which is already happening (in 1994) on “something called the internet.”  Don’t worry if you can’t see the iPlayer version as you can enjoy the full TW report on youtube – to marvel at 90s hairstyles, the computer monitors we used as props in the studio, the ‘electronic mail’ message I showed, or simply as a reminder how much things have changed in the last 20 years.

1994 was the first year that Amazon sold a book online.  Brian Cox’s D:Ream were in the charts with ‘Things can only get better’ and “Four Weddings and a Funeral” was on at the movies.  I suppose it depends how old you are as to whether that seems an age ago, or barely beyond yesterday.

I’ve been showing that youtube clip to school students to help them think about how different life could be in their ‘Tomorrow’s World’.  And I tell them that I used to get asked to predict what the future would be like because of my job.  Nowadays my answer is “What do you want it to be like? And what are you doing to make it like that?”  This leads to a discussion about the role of engineering, and STEM in general, in creating the world we would like for our future and our children’s future.

The introduction to the Global Grand Challenges Conference in London last year is another way to put it into perspective.  And I also use the STEM Careers video from Rolls Royce.

But if you want to compare the ‘then and now’ Kate, take a look at the video I did called Siemens Uncovered.  Of course, the emphasis is on one company’s work, but it reflects many of the same issues that come up in the Grand Challenges video. And, talking of insights, though not into changing hairstyles this time, I was fascinated to find out whilst making this video that more than 30% of the MRI scanners installed in hospitals worldwide have at their heart a superconducting magnet manufactured  in Oxfordshire by Siemens. 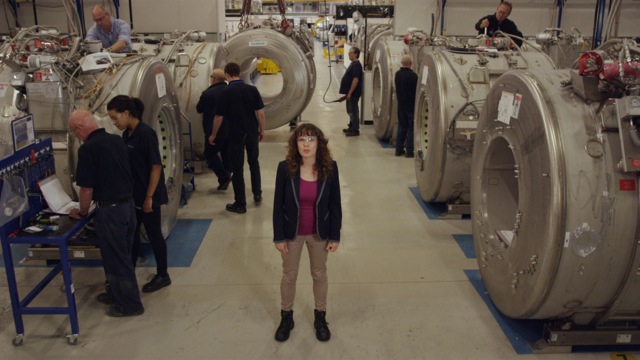